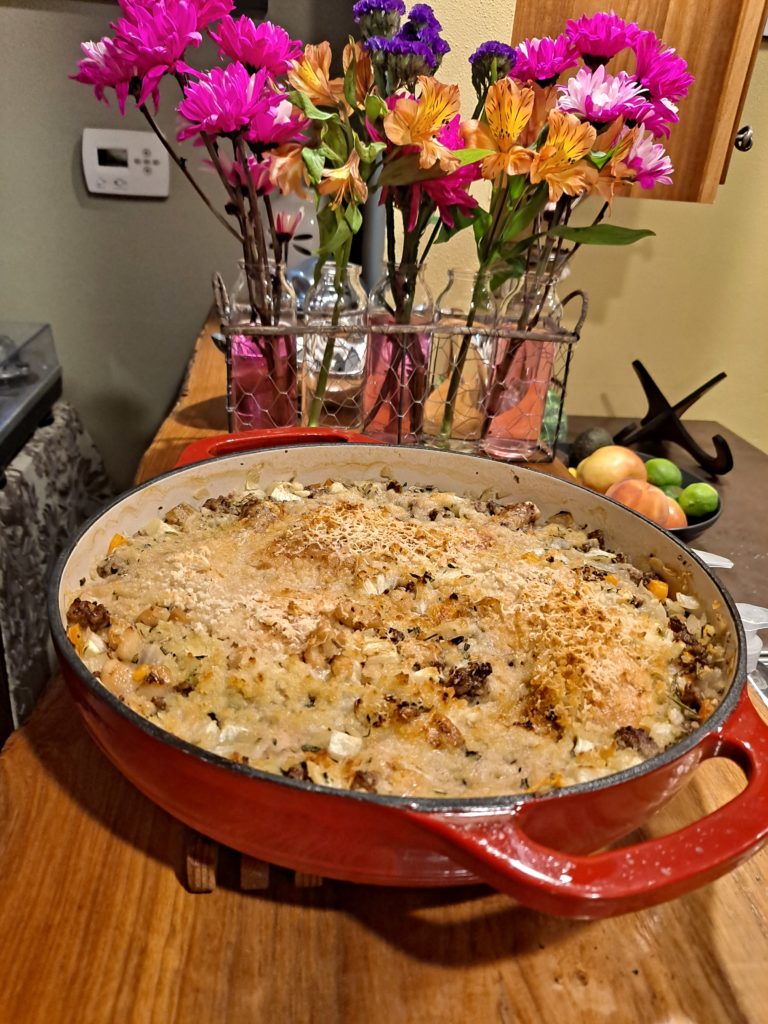 Feed The Resistance: Chicken Cassoulet w/Fennel & Sausage is paired with Delta Beer Lab’s “GLD”   I’m still obsessing over le Tour de France!  Week two of the race takes the riders into the mountains of France – so I gotta do another French Dish…Cassoulet!  I first discovered Cassoulet several years back when my wife […] 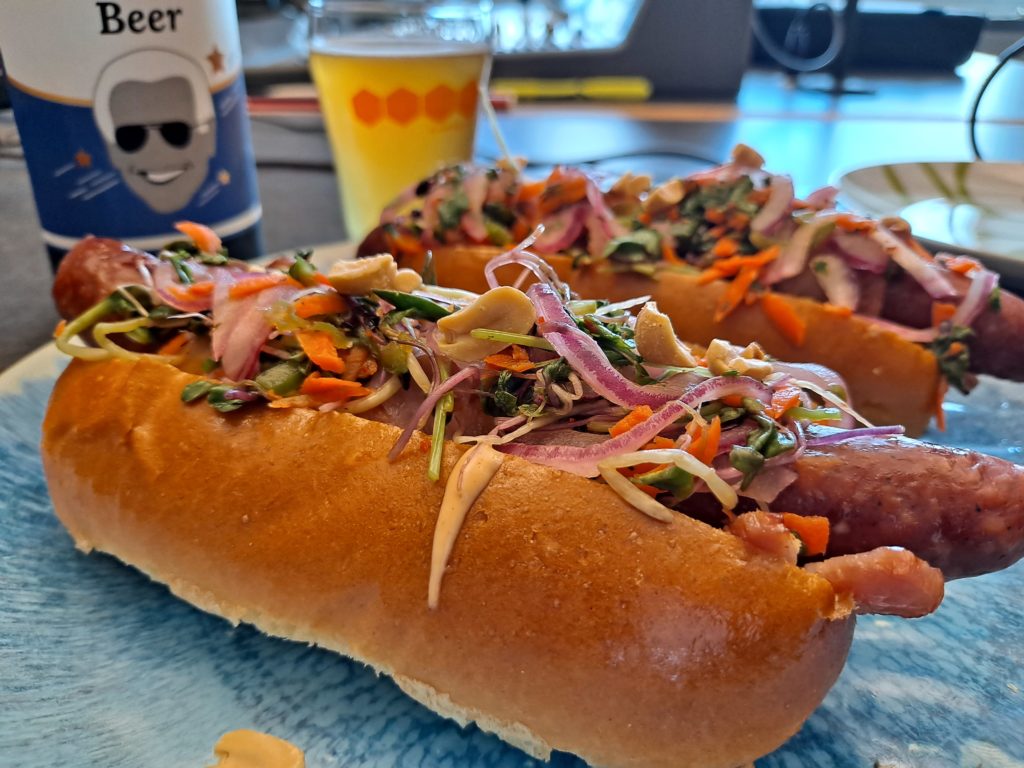 Feed The Resistance: It’s a 4th of July celebration with Yum Dogs …and “Biden Beer” from Minocqua Brewing Company!   With the 4th of July right around the corner, I wanted to do something with the All-American HOT DOG!  So, I went with my all-time favorite hot dog recipe…The YUM DOG!  Dee paired the dogs […] 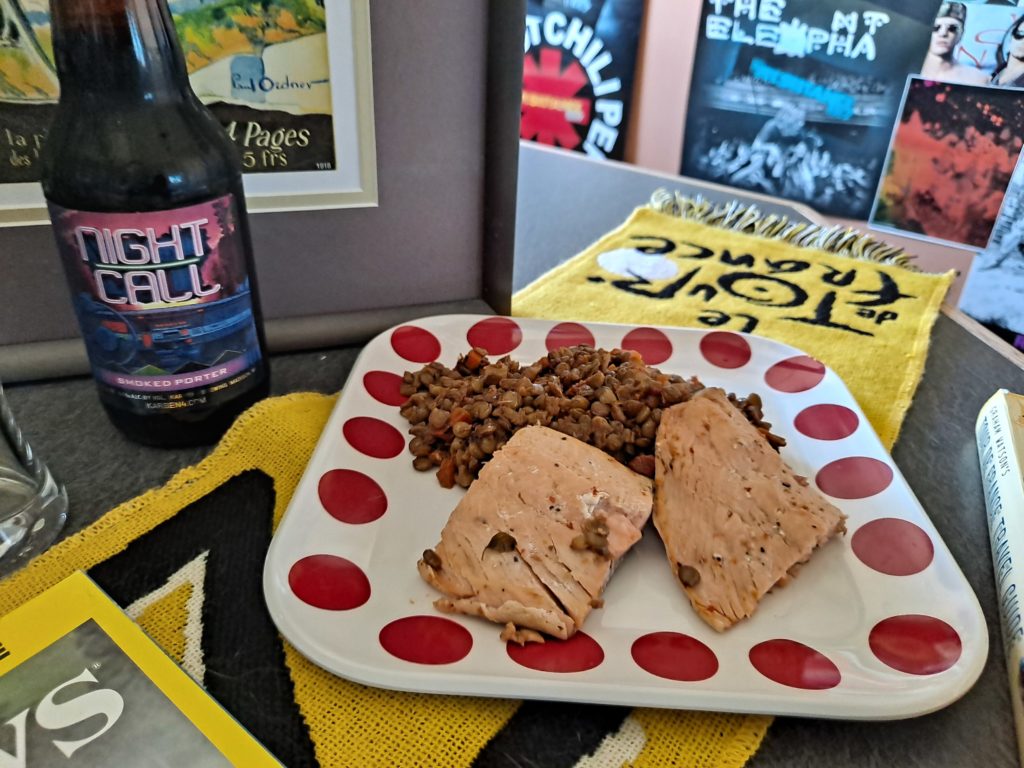 Feed The Resistance: It’s Tour de France Time!  A Smoky, Warm, French Lentil Salad is paired with Karben4’s “Night Call”   My wife and I are BIG fans of bicycle racing.  Our obsession has taken us to France several times for le Tour de France, and when we can’t be there, you can find us […] 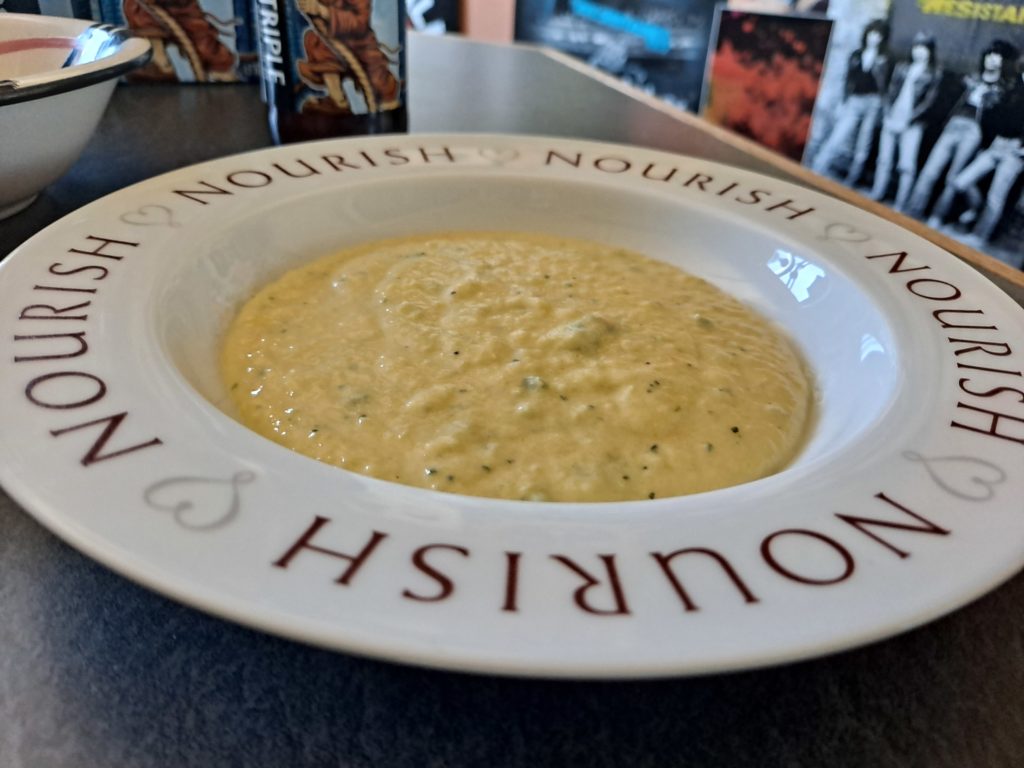 Feed The Resistance: A Celebration of Summer! Chilled Mango Soup is Paired With Sprecher’s “Abbey Triple!”   Summer official starts on Sunday – so today we celebrate the coming of summer!  More than anything, I love the name of this soup – it’s a chilled fruit soup made with mango, coconut milk and serrano pepper…and […]

FEED THE RESISTANCE: SAUSAGE & HEIRLOOM TOMATO SALAD WITH “THE COMMUTER” 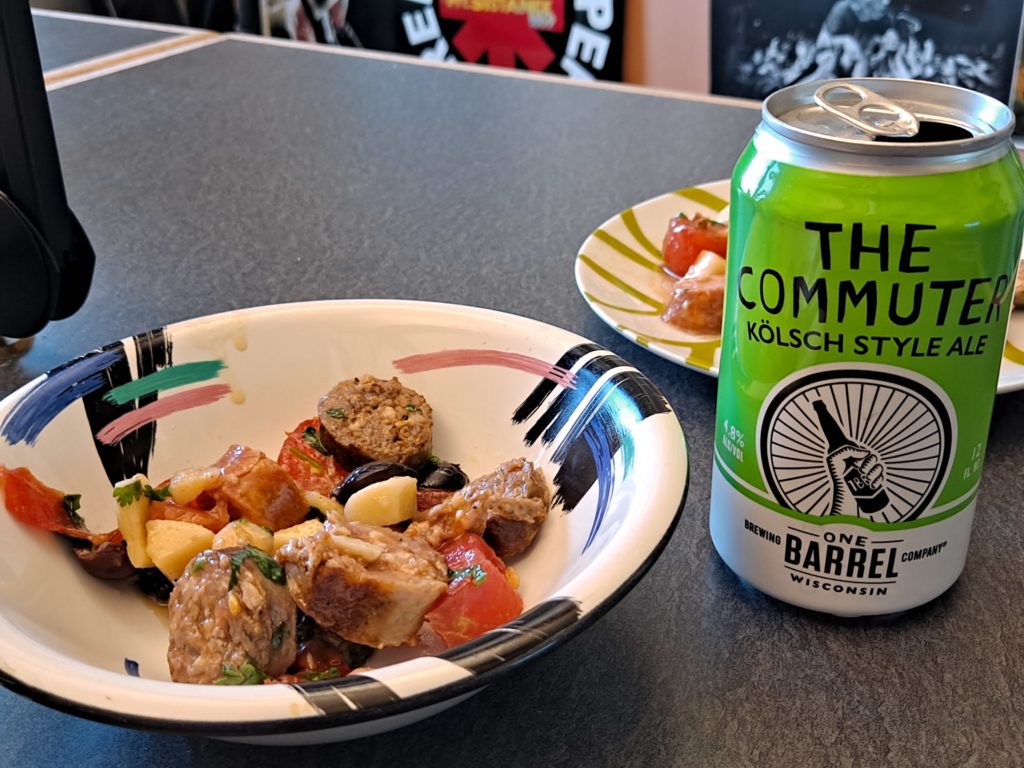 Feed The Resistance: Sausage & Heirloom Tomato Salad is paired with “The Commuter” from One Barrel Brewing! It’s like 8000 degrees outside right now…so we really need a good summer meal…and a good summer beer!  I also wanted to celebrate the fact that Farmers Market is moving back to the Capital Square!  One more weekend […]

FEED THE RESISTANCE: MEAT-FEST WITH TOMATO JAM AND “MADTOWN NUTBROWN” 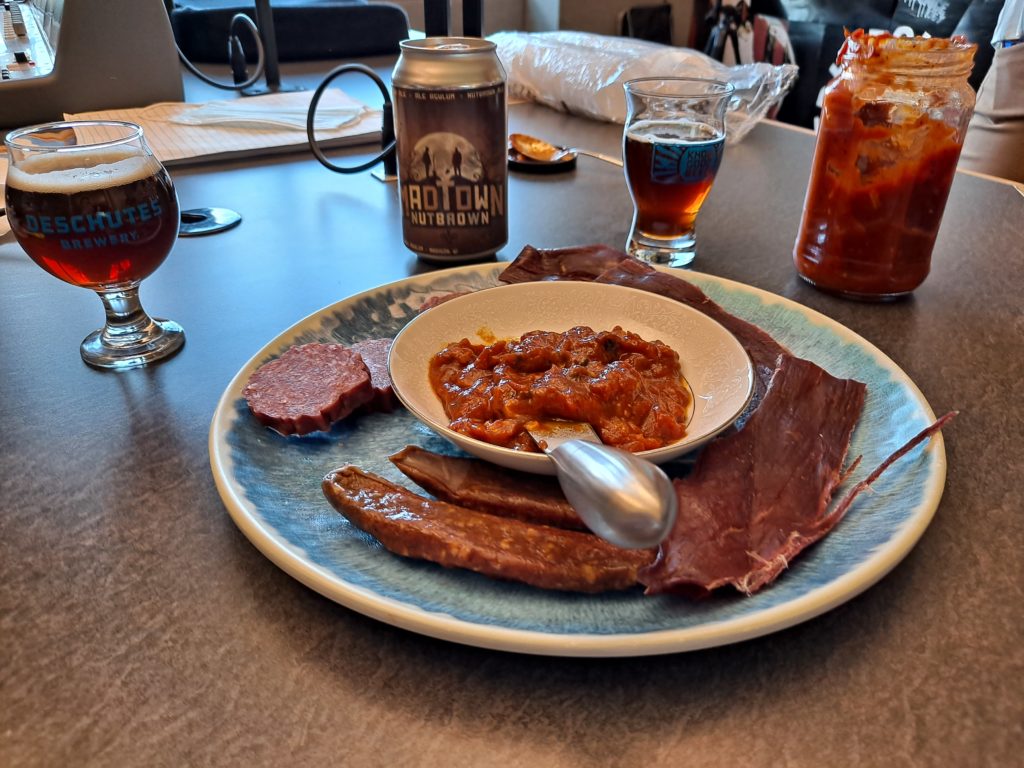 Feed The Resistance: Lotsa Meat and Tomato Jam is paired with Ale Asylum’s “Madtown Nutbrown”   I have a really good friend who loves to smoke meat!  He’ll spend an entire weekend tending to the smoker…and share the results with all of his friends (THAT’S a good friend to have!).  One night, while having dinner […]

FEED THE RESISTANCE: 6-PACK BRAT STEW WITH A PAIR OF YOUNG BLOOD BEERS! 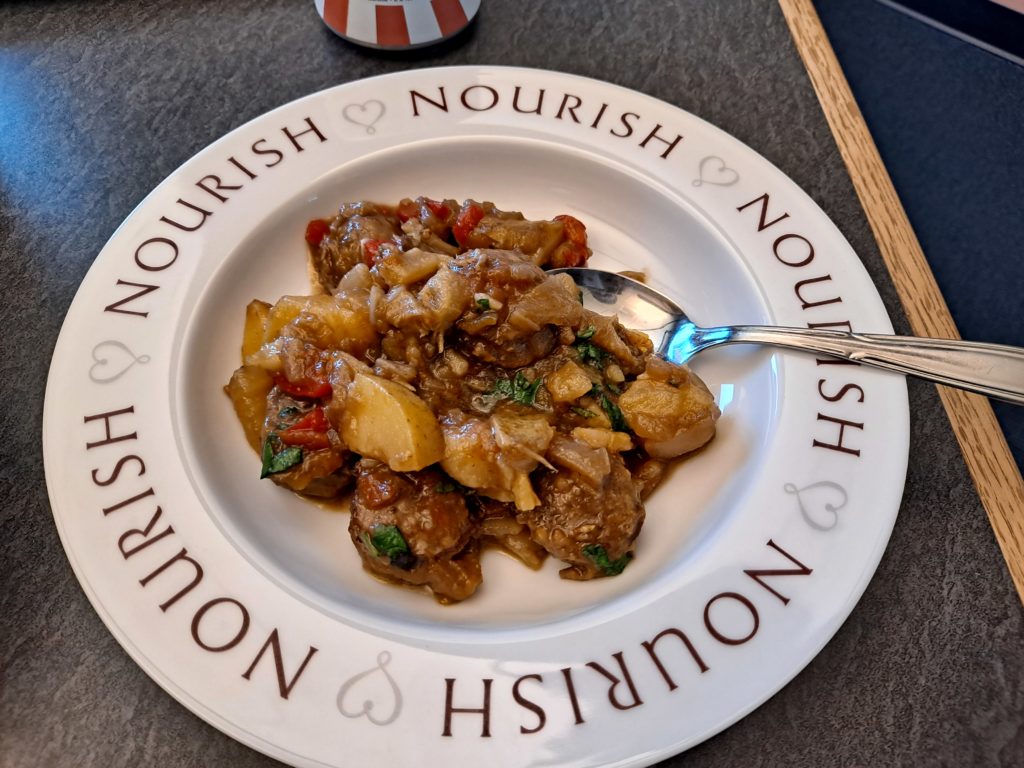 Feed The Resistance: 6-Pack Brat Stew is paired with “Shower Bier”…AND…”The Tale of Midnight Bill” from Young Blood Beer Co.   It’s Memorial Day weekend…and ’round here, that means BRATFEST!  Yes, Bratfest is a little different this year – but it’s happening again!  And that is reason to celebrate!  In honor of Bratfest, I found […] 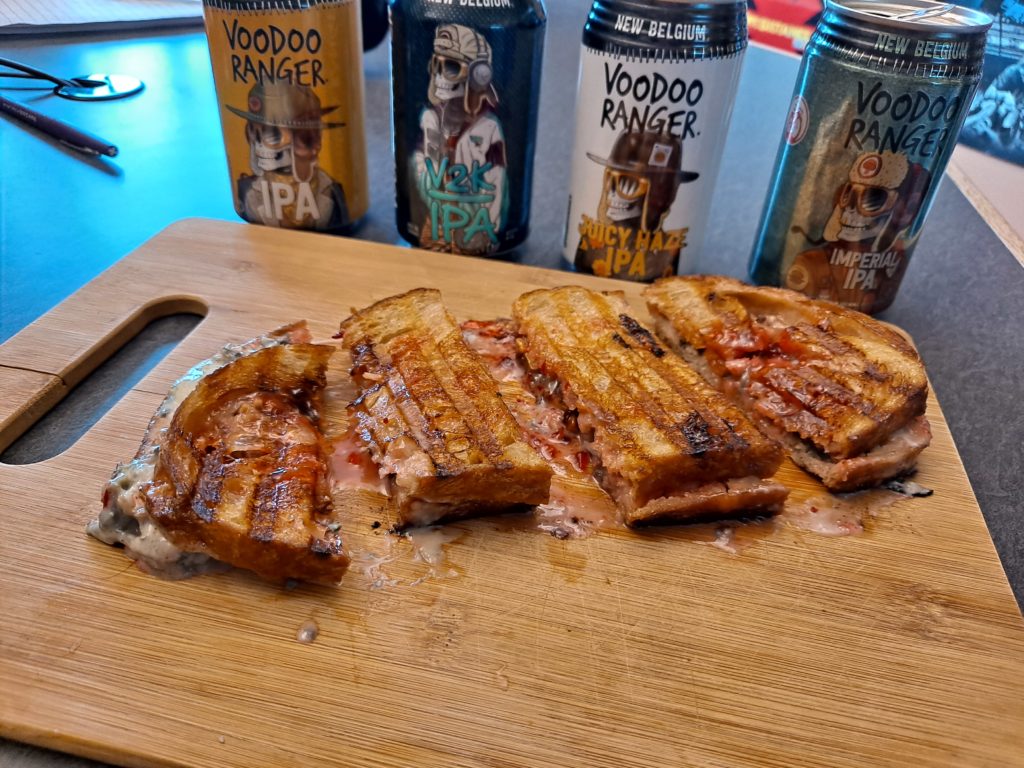 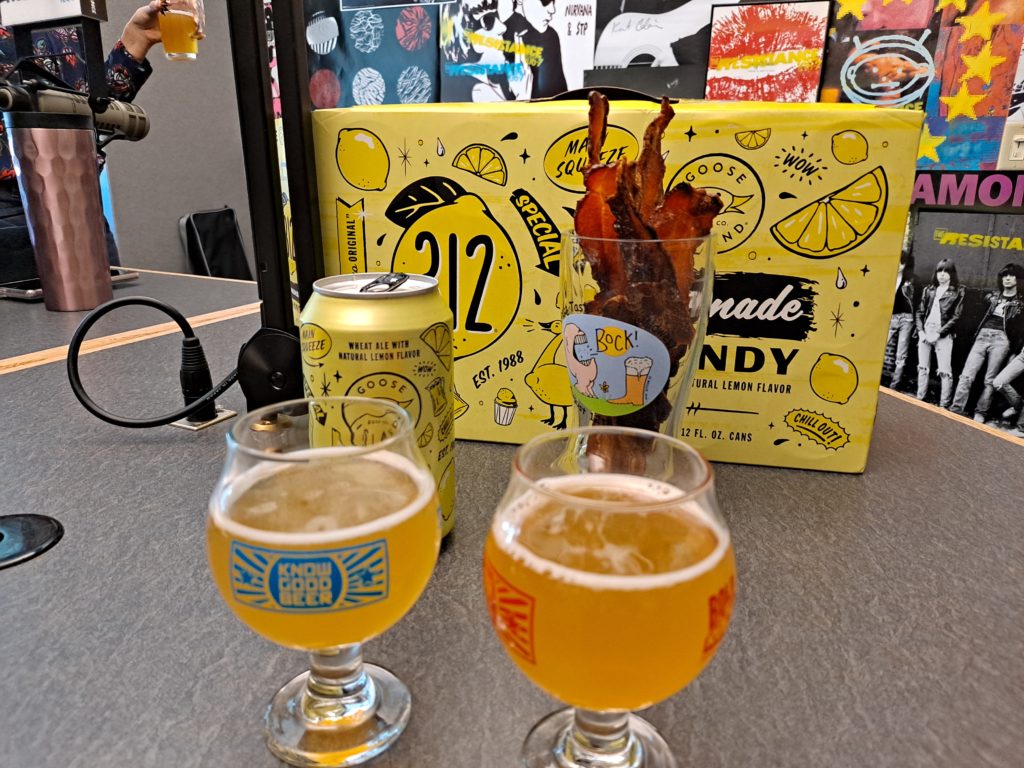 Feed The Resistance: Beer-Candied Bacon with Goose Island 312 Lemonade Shandy!   In celebration of American Craft Beer Week, I wanted to create something with beer.  I found an amazingly simple recipe for Beer-Candied Bacon…just a mixture of beer and brown sugar, brushed onto bacon and baked in the oven.  That’s it.  Simple! To add […] 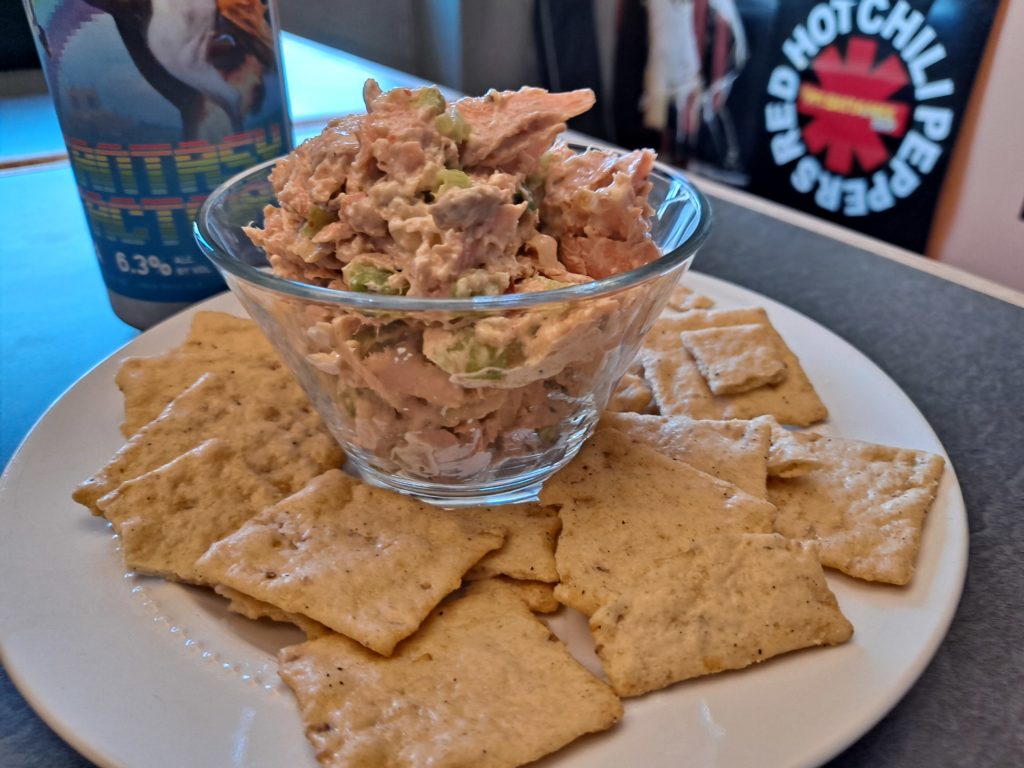 Feed The Resistance: For Mothers’ Day – Summertime Salmon Salad w/ “Fantasy Factory” from Karben4!   With Mothers’ Day right around the corner – I wanted to make something for Mom!  My Mom loves Salmon…although she’s not a terribly adventurous eater, so I’m not sure she’ll like this dish.  But…when I was growing up, the […]