The Maine @ The Rave 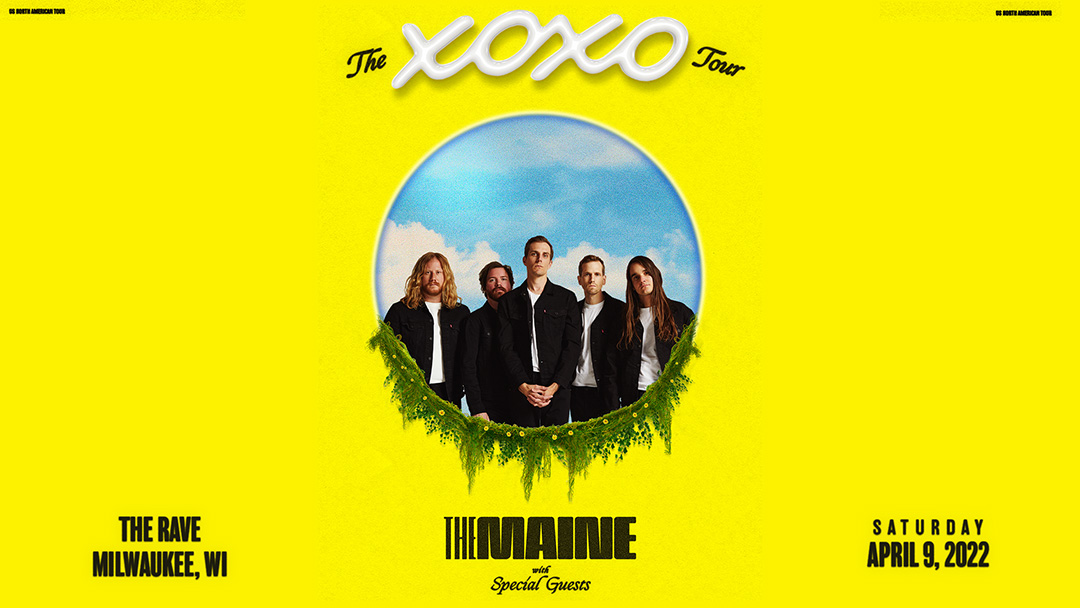 In 2008, a band called The Maine played The Rave with Boys Like Girls, Good Charlotte, and Metro Station. Now, in 2022, they’ll return for their 16th show at The Rave / Eagles Club.

The Tempe, AZ band continues to write some of the catchiest songs on the planet. They’ve evolved from pure emo to a straight-ahead alternative/pop band, while maintaining their emotional inspirations. “Sticky”, the band’s lead single from “XOXO: From Love and Anxiety In Real Time” is vibrantly fun and joyful; a feel-good pop song.

The band tours constantly, as evident by the sheer number of shows at The Rave. They’ve opened for their friends like All Time Low, Taking Back Sunday, Mayday Parade,  mixing in their own headlining tours.

Don’t miss The Maine, with special guests, on The XOXO Tour at The Rave on Saturday, April 9th.