The new movie about the life of Anthony Bourdain, “Roadrunner” recently opened in theaters, so I wanted to cook from one of his books.  While I have almost all of his books, both fiction and non-fiction, I only have one cookbook from Anthony Bourdain – it’s called “Appetites” and that is where I found this recipe.  Preparing the salad is very simple – roast your beets in the oven for about 45 minutes, and then when they are cool enough – peel the outer layer off the roasted beets.  Slice the beets and then mix them with about 1/2 of a red onion (thinly sliced), 1 orange (thinly sliced), a little grapeseed oil, a little cider vinegar, a few mint leaves and salt & pepper.  That’s it.  Simple!

Dee paired the salad with a Cream Ale from Genesee Brewing Company out of Rochester, New York. 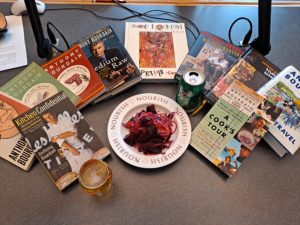 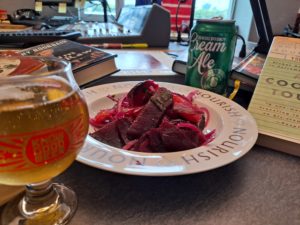 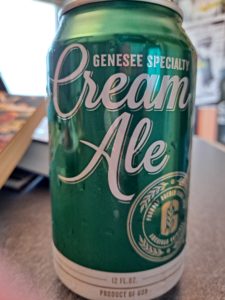 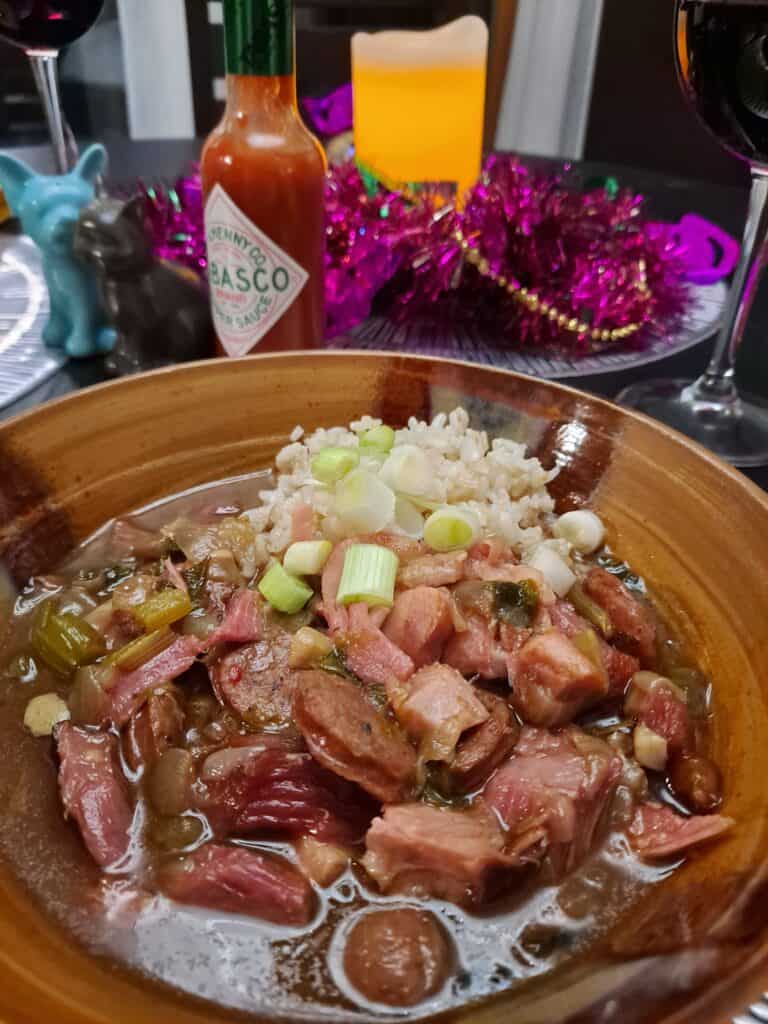 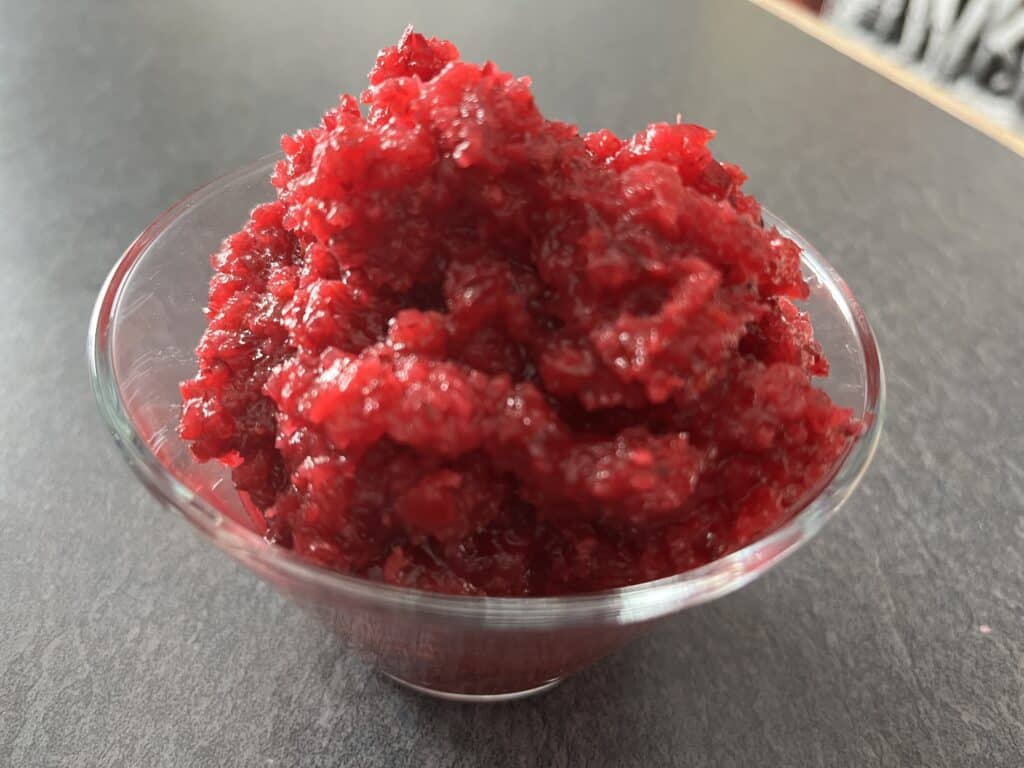 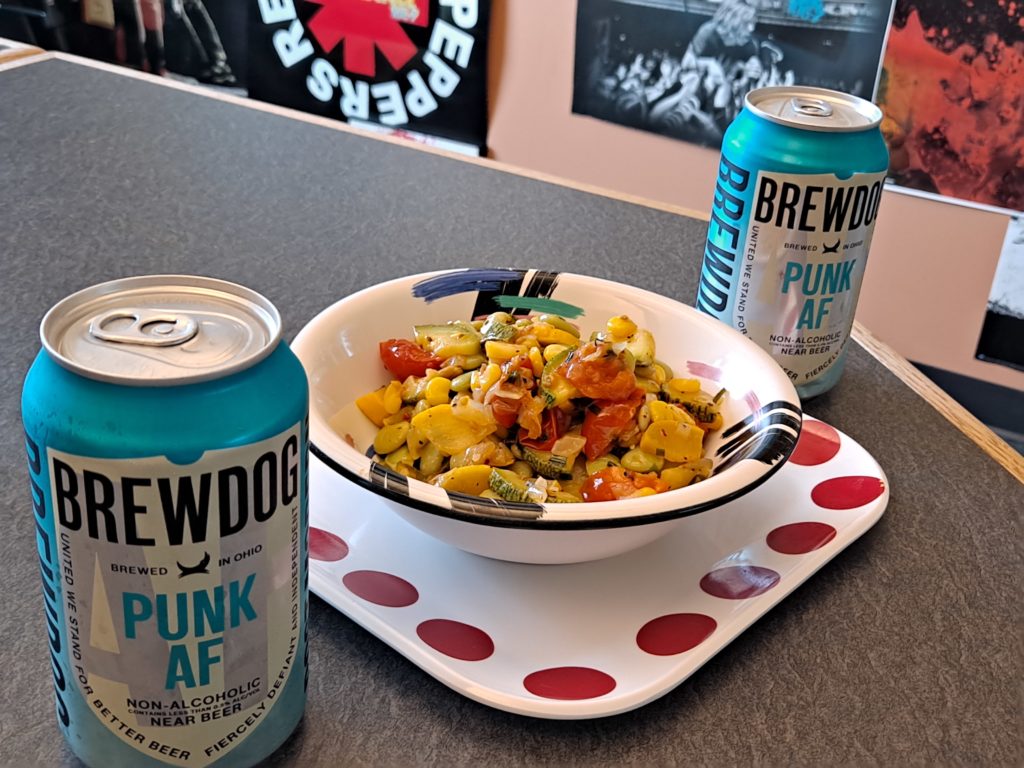 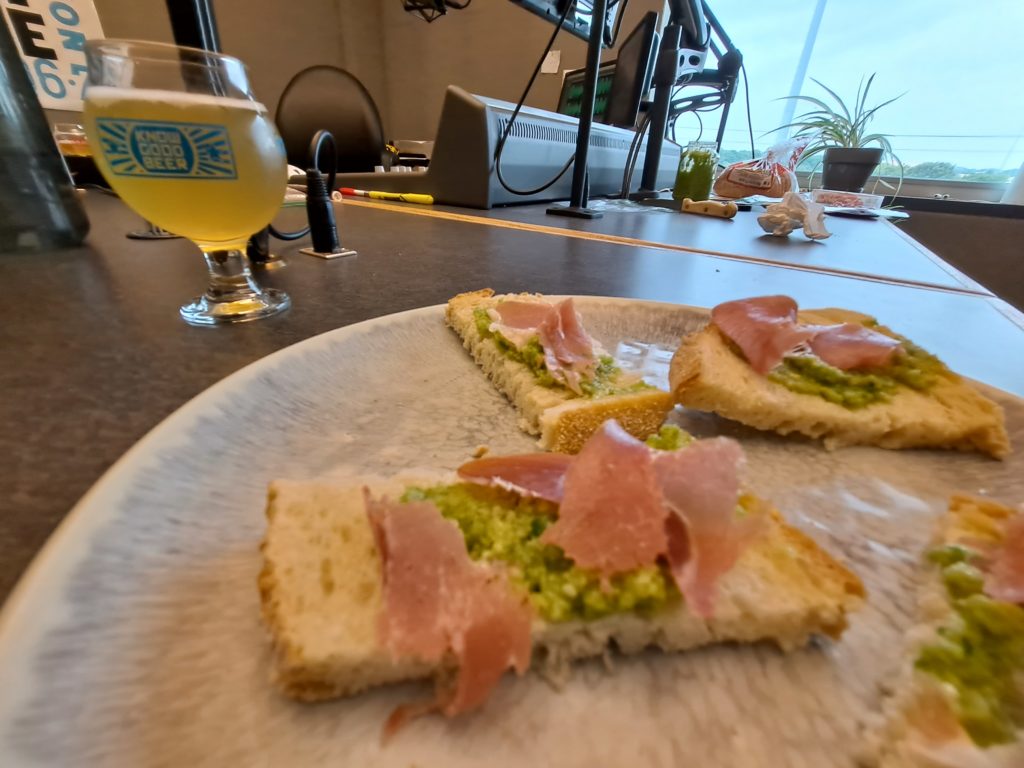