Feed The Resistance: The One Chip Challenge!

With Thanksgiving right around the corner – I had enough to do in the kitchen, so rather than cook, I just grabbed a super-hot chip.  It’s the One Chip Challenge!  One chip comes in a box that is shaped like a coffin.  On the outside of the box, it says “This Chip Will Destroy You.”  And they are not lying!  The chip is flavored with Carolina Reaper + Scorpion Pepper.  The challenge is to eat the entire chip, but knowing that Dee & I are wimpy kids – we split the one chip…AND STILL COULDN’T FINISH IT!

As I left for work this morning, my wife suggested that I bring some milk with me.  I should have listened.  While Dee’s beer pairing was well thought out , it wasn’t enough to cut the heat from the chip.  The beer she picked was the “Tropical Silkshake Pastry Cream Ale” from Young Blood Beer Co.  It’s got Pink Guava, Coconut, Vanilla and Lactose – all things that you would think would help in this situation.  NOTHING helps in this situation.

The chip itself doesn’t look too dangerous… 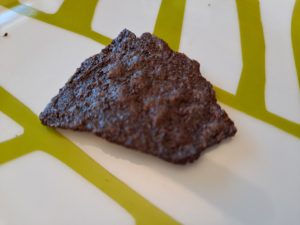 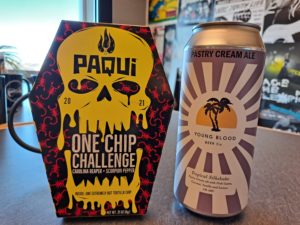 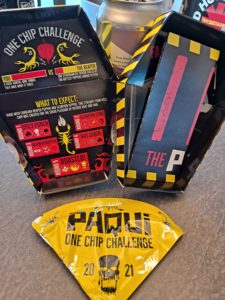 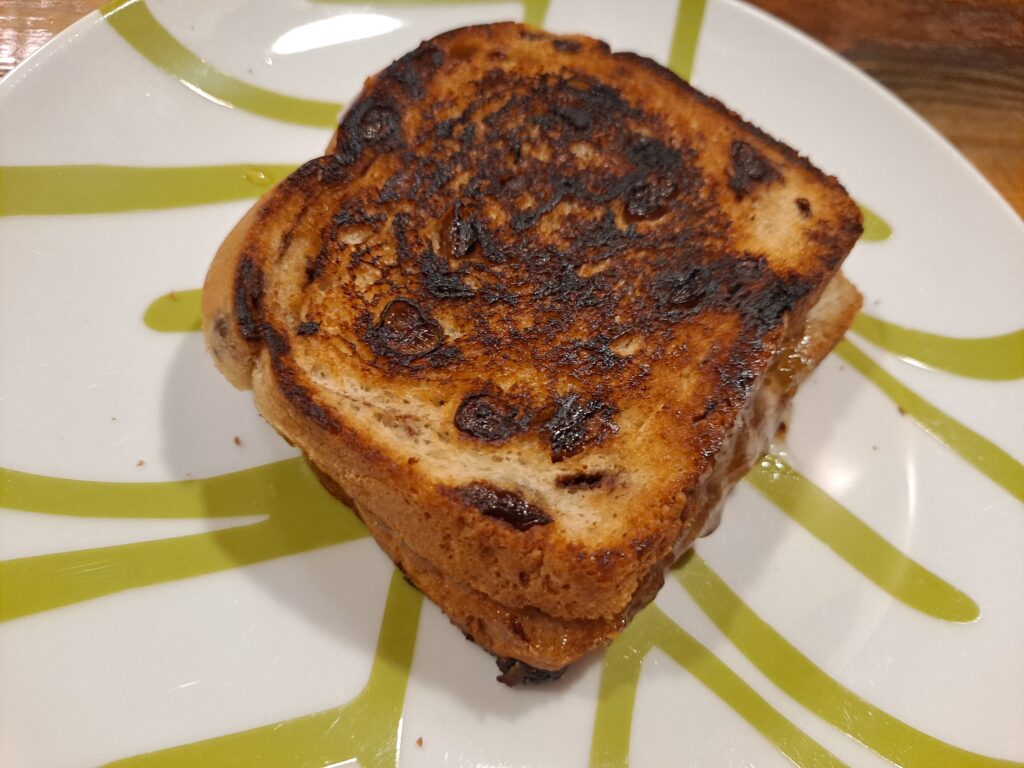 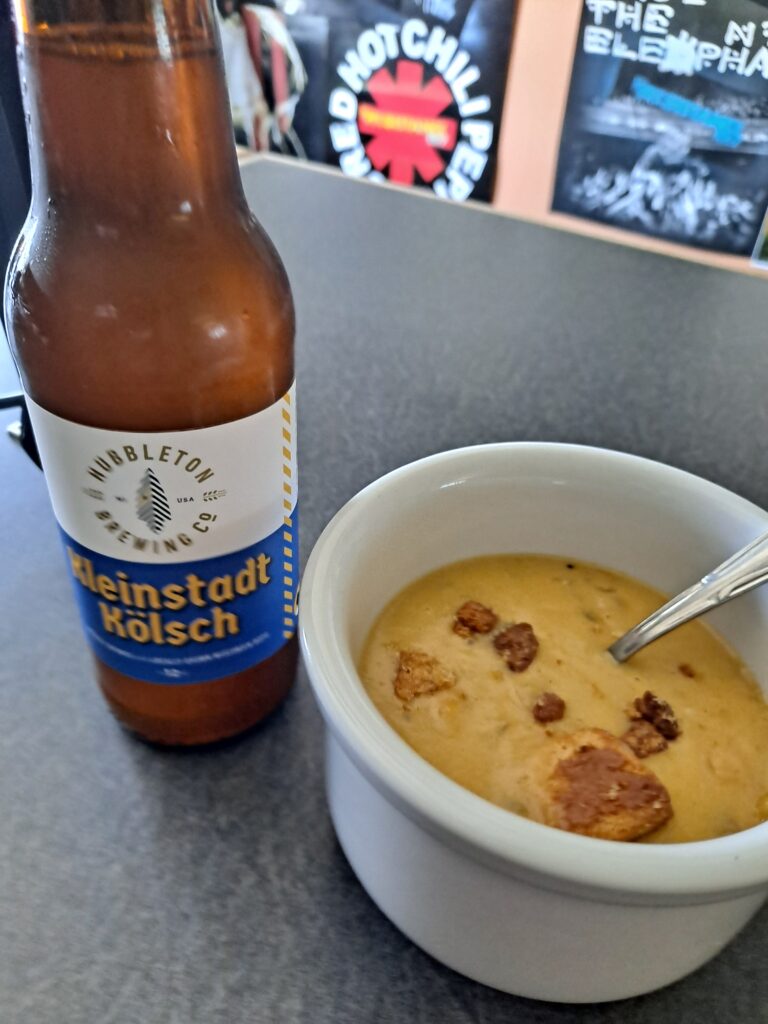 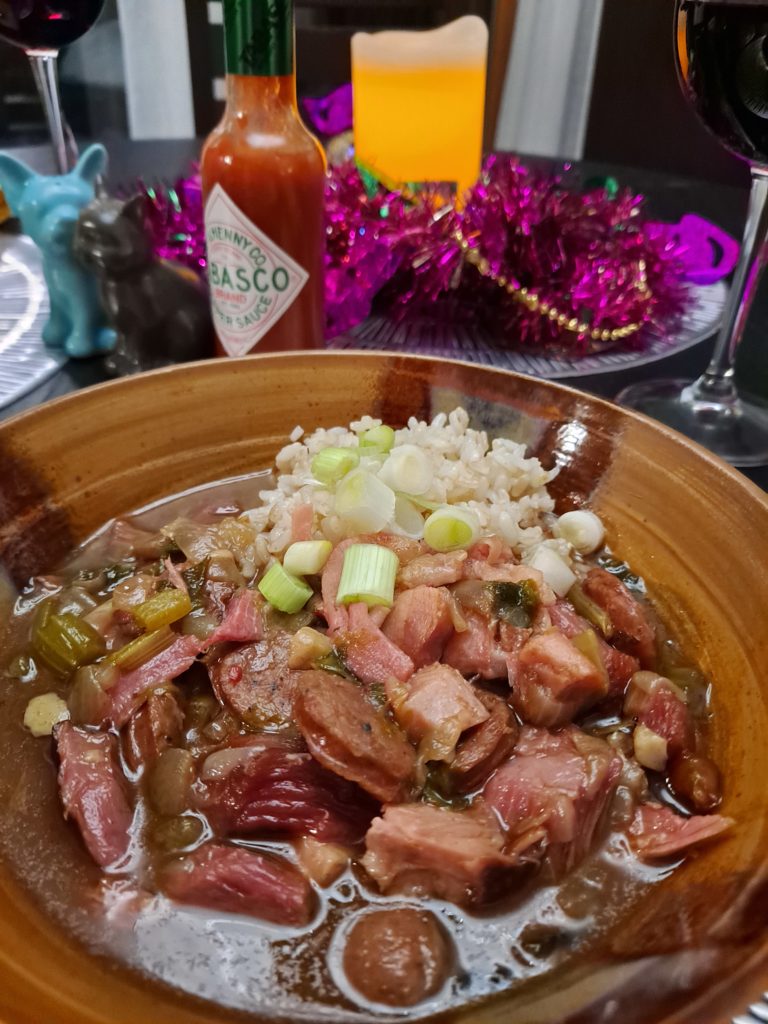 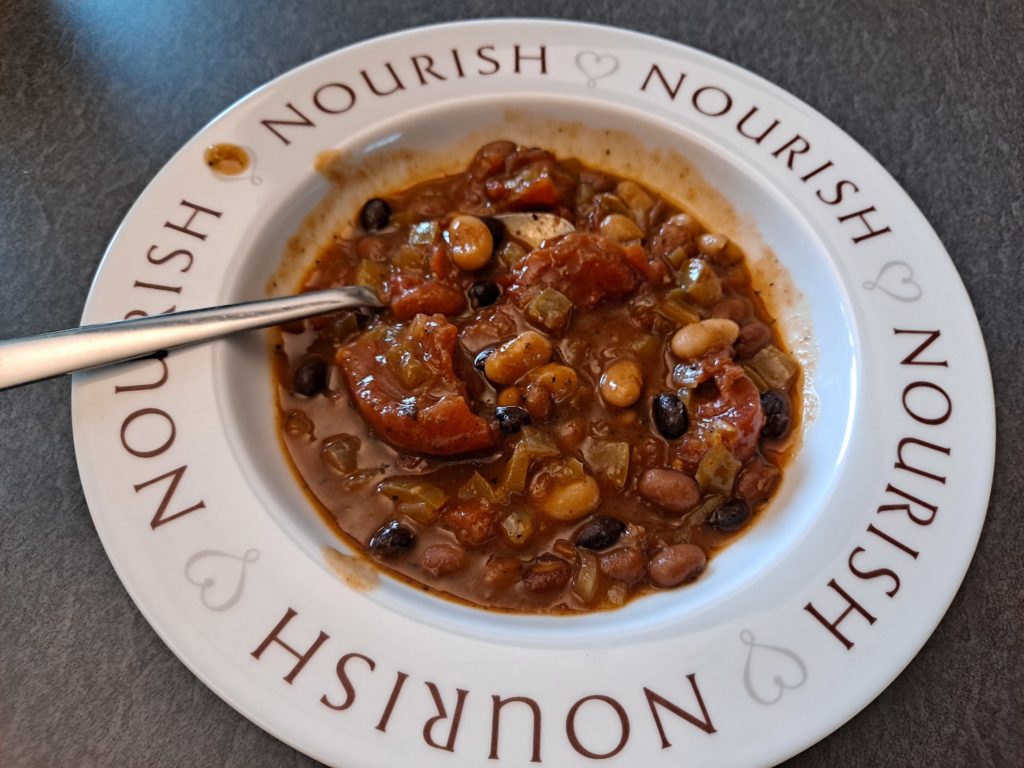